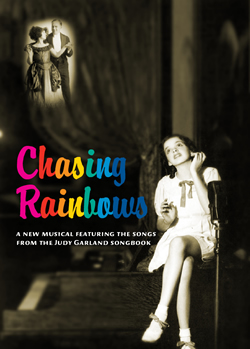 Our latest project in development is about the childhood of Judy Garland and her family interpreted as a stage musical for Broadway. The story of Frances Gumm (Judy’s original name) and the Gumm sisters is fascinating, and long overdue to be made into a musical. Our vision is to tell her story from the point of view of her father, Frank Gumm, along with the other adults in her life who were integral in influencing who she became as an artist and a person—privately and publicly. The story of Judy Garland’s life, ending with her starring in The Wizard of Oz, allows us to get to know this icon in a fresh way. The storyline is wonderfully supported by the music from the EMI catalog of MGM and Feist/ Robbins, which includes Over the Rainbow.